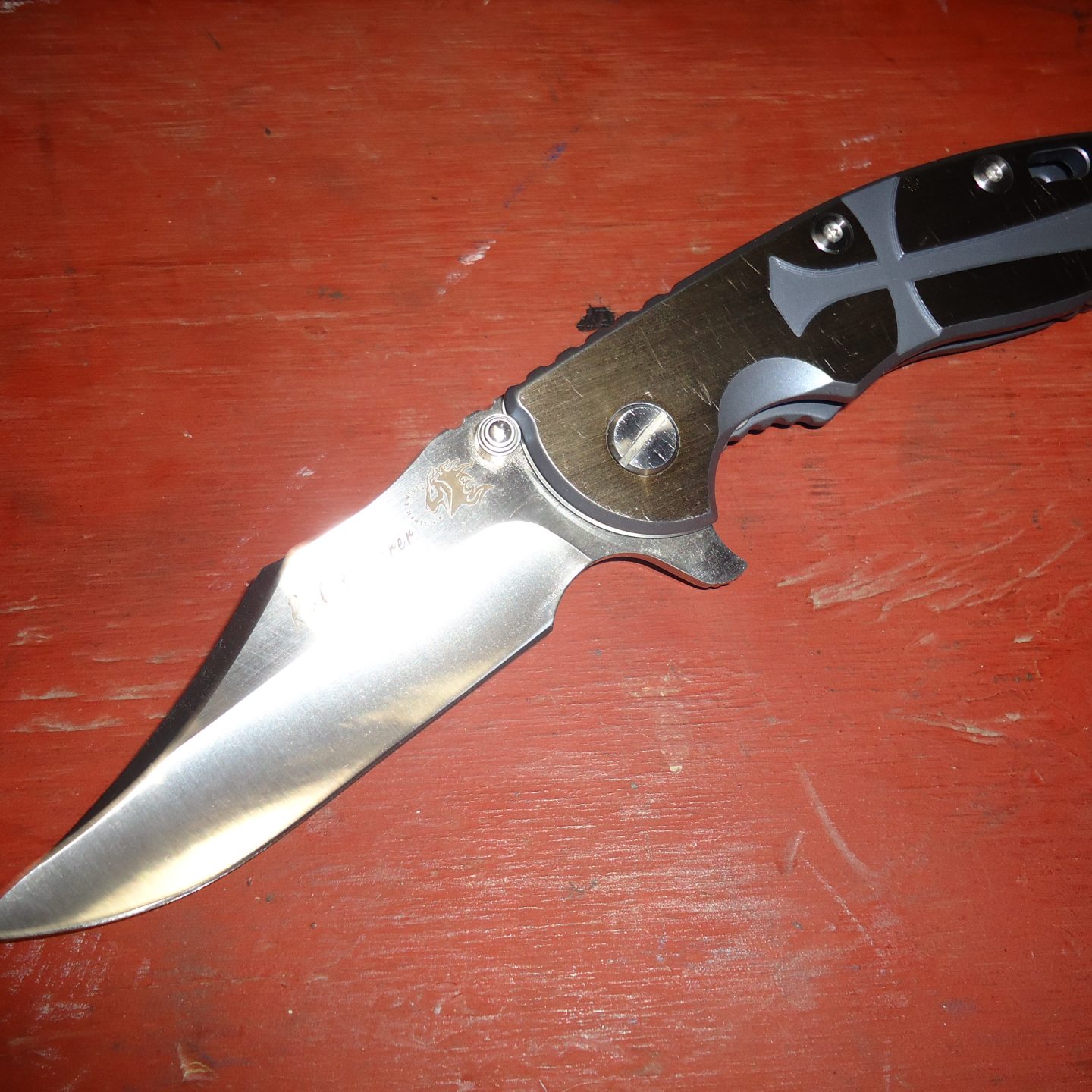 Despite not having very many fixed blades, I have always loved the vaunted Bowie knife! However, you would be hard pressed to find a lot of folders with that great blade style today. Instead you will mostly find drop points, tantos, and the cousin to the Bowie known as the clip point.

The clip point is like the Bowie, but the Bowie has a more pronounced curve and tip. By the way, the Ogre in the Blade Ogre logo is carrying a Bowie knife! Clip points are far more available than Bowies (Cold Steel has many), but Bowies do exist in folders by the likes of Emerson and Hinderer. In fact, I have “versions” of Bowies by both.

The Emerson Bowie comes from a Kershaw colab and the Hinderer “version” turned out to not be a real Hinderer! Bought this knife (the one featured) at a local festival on Saturday night, placed it on Instagram Sunday, and then found out instead of being a prototype that it was actually bought from a known “budget” retailer. Thus, removed it from Instagram since it is not Hinderer. Nevertheless, this knife is a true Bowie folder! To turn a negative into a positive, still glad I bought it because it is a beautiful and highly usable knife that features my favorite blade shape. The titanium scales are just gravy on top! More importantly, buying this knife has started me on a search to find more usable Bowie folders.