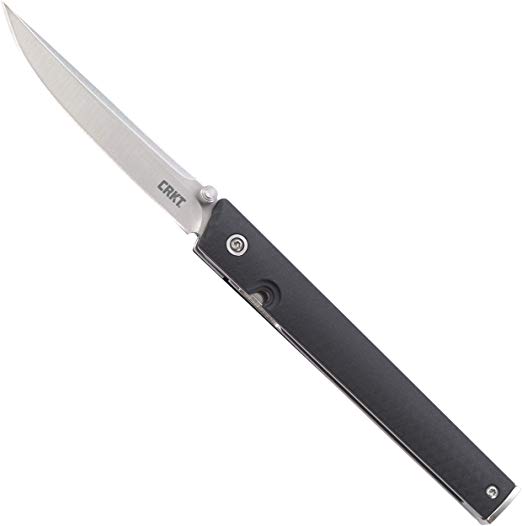 The CRKT CEO is an elegant and slim gentleman’s knife that may be named after the head honcho of a big company but is priced like one. In fact, this knife is usually in the $40 range in most major stores and online retailers. Just one look at this knife and you would think it would sport a hefty price tag, but that is not the case.

I have been considering this knife for quite some time, but just never pulled the trigger until recently. Recently came upon some videos with Smokey Mountain Knife Works (SMKW) and one of the brightest personalities in the knife community, Swaggs (Sharp and Pointy Swaggs). Gave this knife a second look after watching her second video review of the CRKT CEO. Noticed that the price on Amazon has been creeping slowly down lately so decided to finally buy it at $33 there. Of course, the last time I looked it fallen again to $32! I am used to that in stocks, but not so much with knives on Amazon!

That said, will be giving a review on this knife when it shows up and have had some time with it.