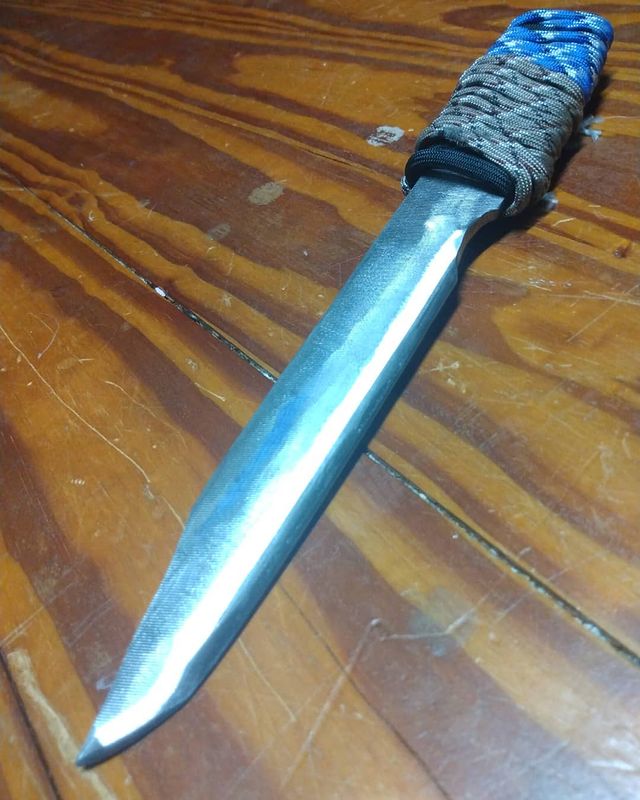 The Ogre Spike Bowie with a makeshift paracord handle and the very beginning of an edge. Attempting a Saber Grind as suggested by Bob the Knife Junkie mainly just trying to learn as I go. The hardest part will likely be drilling handle holes into a Nicholson file!

One very important note when tying a paracord handle on your knife:

Whatever you do, do not use a big knife to cut off the end of the paracord wrap!

Used the Arctic Storm PM 2 SMKW exclusive (the first one) to cut the end of the wrap and it caught the edge of a finger on the hand that was holding down the paracord. Never had a cut that poured out so fast and didn’t have anything around to wipe off the cut either. Finally, used new skin to stop the flow, but it is one of the few accidents that actually hurt later. Learning from that epic blunder, been using the scissors from a Swiss Army Knife instead ever since!