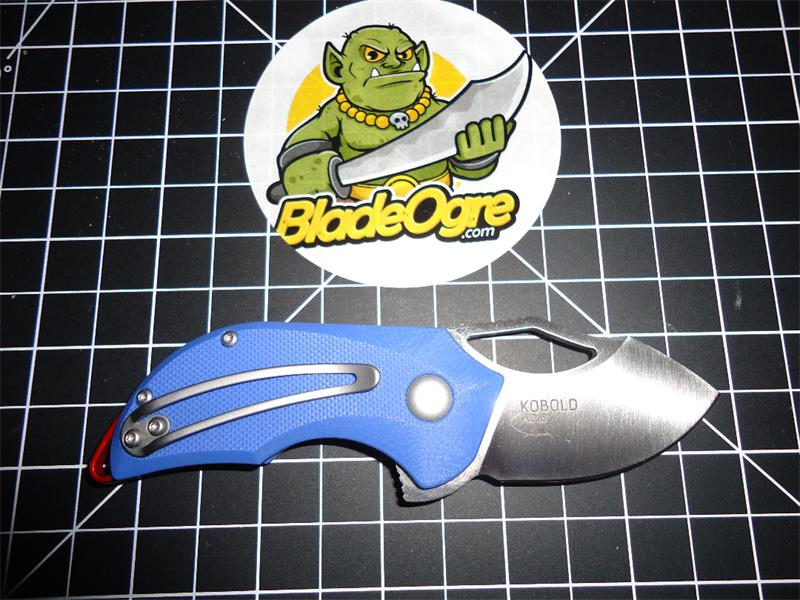 If Ogres are considered to be big monsters, then Kobolds should be considered to be small by relation. The Kobold by Steel Will (who also makes the extra large Plague Doctor), is compact knife that packs a lot of punch despite its size. First, the knife has both a flipper and a large finger hole for multiple ways to open the Kobold. The short blade is almost pure belly and the steel is D2. Also, the little blade is jimped on top.

The best thing to do when buying this knife is to put a lanyard on it. The lanyard will give your outlying fingers something to hold. This is helped by having a shiny (red in my case) backspacer with a generous lanyard hold. This also allows me to open the knife by holding on to the knife’s hole and then forcing it backwards. The was not possible before because the knife was too light.

The main negative that usually follows this knife around is its price of around $50. I was able to get past this due to a Father’s Day Sale for Steel Will at White Mountain Knives. All told including shipping, sales tax, and a WMK discount code, the knife cost me about $36! Of course, that was helped by the fact that White Mountain Knives does not charge for shipping or sales tax:).