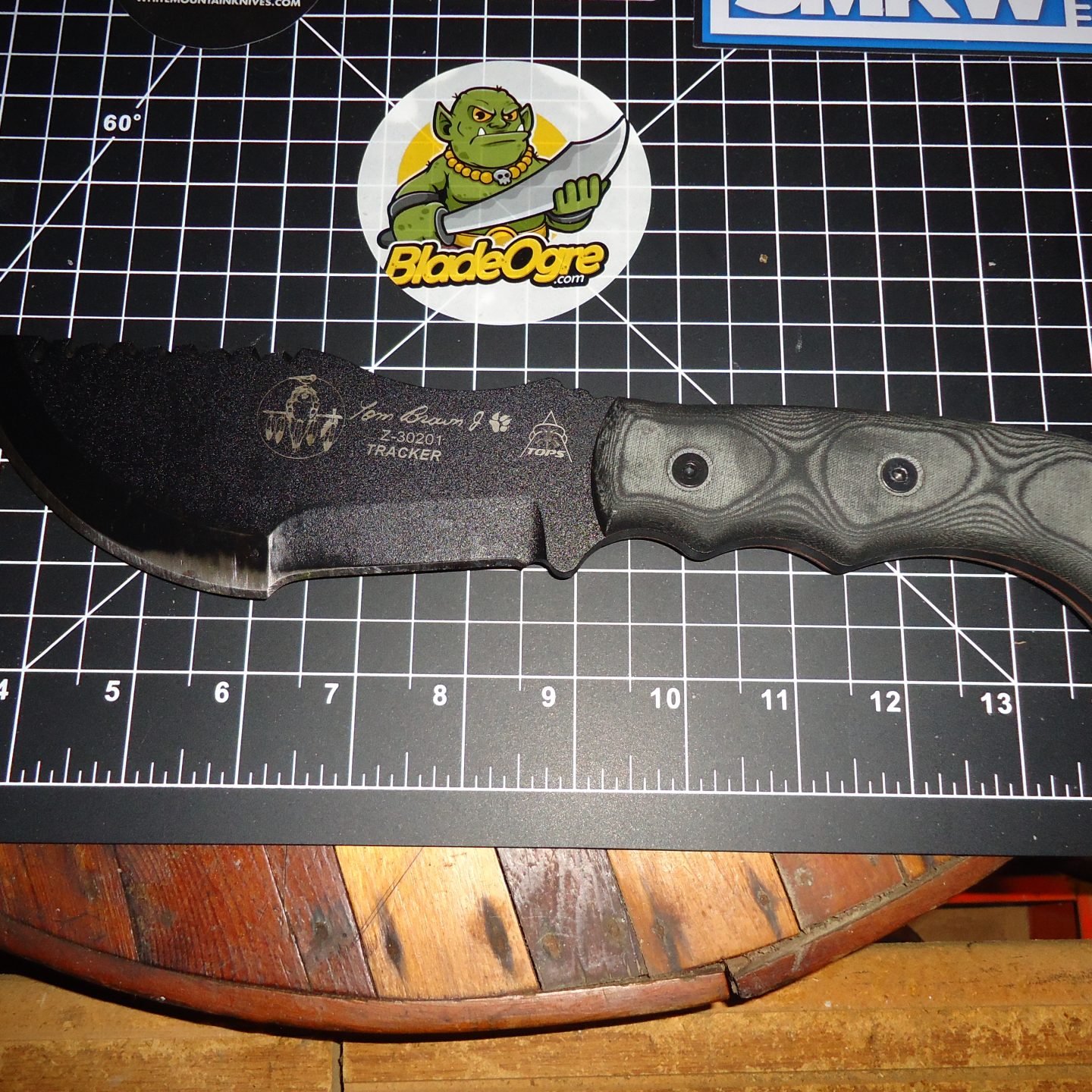 The moment I first saw the Tom Brown Tracker by Topps in the movie “The Hunted”, I thought to myself that I had finally found the best Ogre Knife possible. Just look at the picture and see if you can think of a scarier looking knife that is actually functional. Not only functional, this bad boy can actually be thrown! Thus, if you can think up something more brutal, I applaud your imagination!

Although the price tag was a little north of $200, this knife article is in the bargain category because the MSRP is well north of $300! In addition, this knife is the original Tom Brown Tracker, but there are three more main versions of this knife. The other 3 are all smaller and lighter. Why? This big dog is over a pound to carry and swing! Yes, over a pound to throw as well.

As can be seen by the picture above, this knife has already been used. Not long after getting it in the mail, went to use this ogre knife on a stubborn stump in my backyard. Despite its weight, the The Tracker was a pleasure to swing and actually had a hard time stopping on chopping the stump! The best thing was that the knife took all the abuse like a champ as the difference in the blade was a little of the black coating being knocked off. Thus, for me at least, this is the Ultimate Ogre Knife!