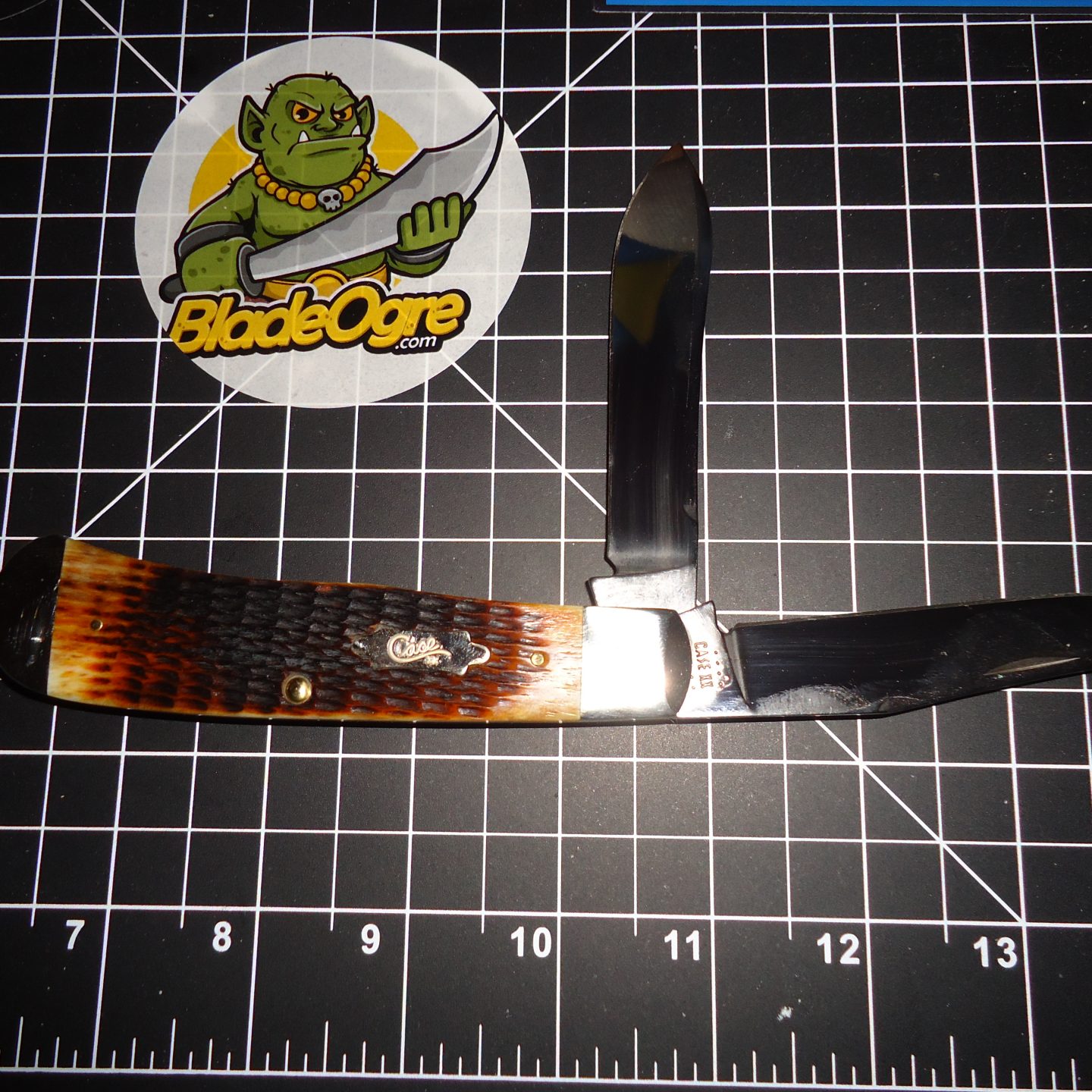 The venerable trapper is the most sold of all of Case’s knives and by quite a large margin. However, there are some trapper patterns designed by the late great Tony Bose AKA the “Old Dog” that are not made often. In fact, two are just downright scarce! The Slimline trapper is more common and does have Tony Bose’s signature on the 2019 Shot Show knife, but not 100% sure he designed that one even though all the other Shot Show knives with his signature on the blade were designed by him.

That brings us to the two scarce trappers as these were both bought this weekend at SMKW.com. As soon as Smoky said they were in I jumped on it. The biggest of these is the featured image and just arrived yesterday on Easter Sunday. The Panama Trapper is probably the biggest Tony Bose folder and shares the same pattern as the Case Backpocket but with two blades instead of one. The SaddleHorn Trapper is a different style trapper based on shape. That one should arrive in a few days, but I was able to get the CV (carbon) version for that one.