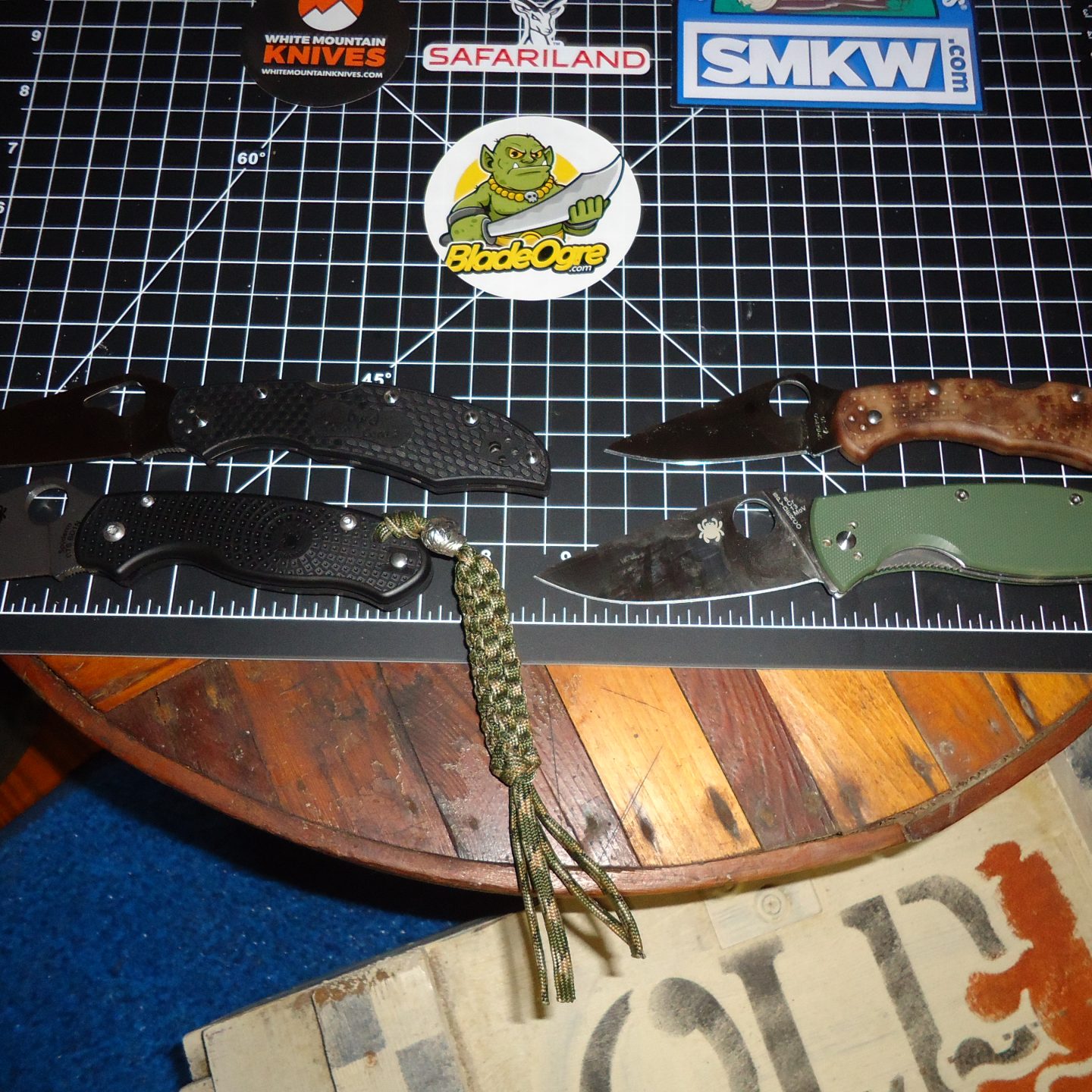 Despite being into knives pretty hard (been having various knives since I was young) for at least the past year and having a sizable collection, this weekend marks the very time I have lost a knife. The unlucky knife is one that is both very light and has a clip that can bend easily. Take the knife’s overall low weight also due to the handle being very plastic along with a long lanyard and you have a much better chance at losing it! That is not even mentioning the tactical shorts, the 4 other pocket knives, and a new fixed blade for good measure! All I can say it was overconfidence from not losing one yet I guess.

The unlucky knife is no other than the Spyderco PM3 LW which is shown in the image above on the lower left. On the bright side, it was not one of my favorites and that was shown by the fact that I never took a picture of it by itself. Discovered that when trying to find a picture of it. After this, it is even less a favorite! I mainly was wearing that and the Benchmade Bugout (which I would have been more upset about losing) when it happened because I just bought the Red White and Blue Hogue Deka Wharncliffe SMKW exclusive on Labor Day. The PM3 LW is a very fancy knife that cuts well, but I am likely done buying knives with that lightweight plastic. The wire clip is also something I will try to avoid in future buys.

Although I may find it one day in my house caught on or under something, having multiple lightweight knives has one very big downside for me now! Nevertheless, I went to Youtube to see if I could prevent something like this again and found a nice idea. Survival On Purpose shows that you can tie fishing line (or paracord for a bulkier option) from knife’s lanyard hole to you belt or belt loop. This will make sure the knife does not leave you even if something pulls it from your pants or you leave the knife somewhere by mistake.