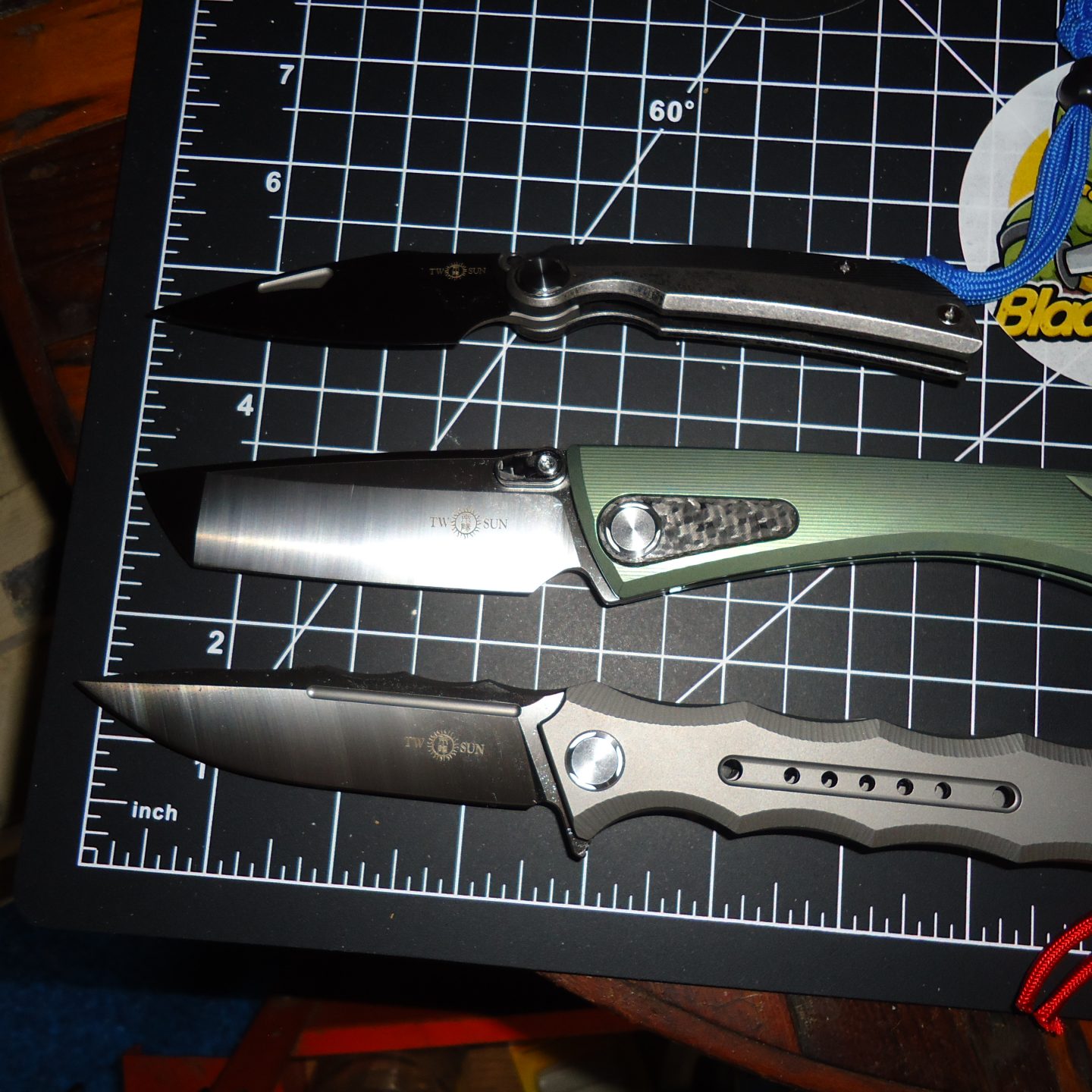 There are many types of knife handles available at the lower tier in mostly budget versions, but titanium really shines in the higher tiers. Consequently, it was some time before I finally purchased a titanium knife. This knife was the Ferrum Forge Falcon from Drop for $100. However, this knife was not really an EDC favorite and was quickly buried beneath the arrival of newer knives.

However, unfamiliarity with titanium changed when I delved through White Mountain Knives to find the TwoSun knives they still had in stock. all three of these knives are in the picture above so going to go by their names (or nick name) instead of the usual TS numbers here.

The first was a slip joint by Nightmorning Designs with M390 Steel that I call the ArrowSpike, The titanium has a rough finish which works well for this particular knife.

The second is called by Bamboo by the designer (Wong) and is a beautiful long framelock that resembles the waves of a bamboo in the handle and the top of the blade.

This is not only my favorite titanium knife, but also my favorite TwoSun knife period. Not only is the knife the most beautiful with the green titanium and the carbon fiber mixed in, but the modified tanto blade is so useful. Don’t forget about the extra snappy thumb stud opening either. In fact, this knife is so good, that I bought the lower priced G10 version that arrived just today!